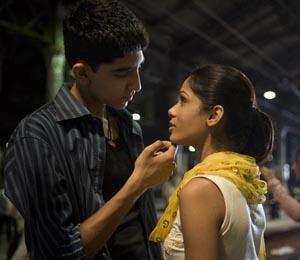 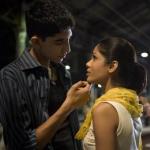 Unless they've been living in a cave somewhere, it's hard to imagine any independent or foreign film lover who hasn't seen this year's Oscar winner, Slumdog Millionaire, and its sensational media coverage. But for those remaining few who haven't, the story chronicles the life of Jamal Malik, an orphan boy who grew up with his brother Salim in the slums of Mumbai. By hook and by crook, the two resourceful boys manage to eke out a living, and along the way they invite a girl name Latika join them in their shelter and in their daily enterprise. After years of suffering the slings and arrows of living in relentless poverty, a series of fateful incidents leads Jamal to become a contestant on the Bollywood version of Who Wants to Be a Millionaire.

As the contest progresses and Jamal's winnings mount, the show's host and producer begin to suspect that he is cheating after uncannily answering a series of esoteric questions. On the eve of the final jackpot question, Jamal is taken into police custody and interrogated as to why he knows the answers to such arcane questions. As the interrogator reviews a tape of the show question by question, Jamal explains through vignettes of his childhood how he came to know the answers, and in the telling, Jamal's tragic past unfolds.

This directorial collaboration by Danny Boyle and Loveleen Tandan, stars Dev Patel as Jamal, Maddur Mital as Salim, and Frieda Pinto as Latika, with six additional actors cast to play the younger versions of the characters as they age over time. Art direction and set design vividly capture the squalor of the Mumbai slums, while the plot and script are overlaid with a buoyant musical score that drives the message of hope.

Slumdog Millionaire is a tale of religious and political conflict, of catastrophic rebellion, of relentless poverty, of personal tragedy, of sibling rivalry, of undying devotion to love, and of the triumph of the human spirit over adversity. Although heart-wrenching, the vignettes of life for the three orphans are presented with humor and pathos, and the moral of the story is that no matter how bad you have it, never abandon hope, because you never know what life holds in store.