Great Novel, Pity About the Subject 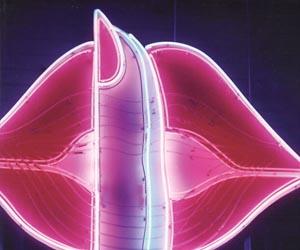 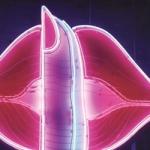 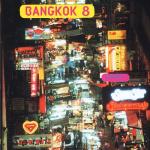 When I first saw John Burdett's novel Bangkok 8 in a Chiang Mai bookstore, I suspected that it was yet another failed attempt by a middle-aged white male to explain the city of angels to countless other white males, who know nothing about it except that a practically infinite amount of inexpensive sex with beautiful women can be had there. Such books are myriad, most of them badly written, because the kind of person who is enthralled by semi-literate and often seriously drunk hookers is unlikely to be endowed with a talent for prose, much less the mental capacity to perfect it. Yet nearly everyone who has had contact with this scene starts out believing that they are the first ones ever to do so, and can't wait to tell the world once again what those of us who live here already know, and for the most part ignore, believing that we are somehow duty-bound to portray Thailand as it exists outside of its self-regarding capital city, outside of its go-go bars, outside of its jails.

But admittedly this other Thailand is not terribly novel-worthy, especially in an age in which we expect from our entertainment a good car chase, a good sex scene, or several explosions. The Thai novel A Child of the Northeast, for example, can be a dull read, given that it is mostly about the pursuit and preparation of food in the country's poorest region. The drug trade in the north has a Hollywood whiff about it, and I'll bet a compelling novel could be set on Thailand's islands (The Beach doesn't qualify). But only Bangkok really begs to be laid bare, so to speak. As the half-Thai, half-American narrator of Bangkok 8 says, "Survey after survey has shown sleep to be my people's favourite hobby." So any accurate novel of Thailand would have its characters repeatedly dozing off in front of a TV, and complaining nevertheless of stress or fatigue. Rural farmers for centuries, the Thais have in the span of a few decades been asked to travel faster than the speed of Bangkok's SkyTrain, and Burdett is right to blame this in part for the country's attraction to amphetamine: an upper. And, I might add, to ketamine: a downer.

As a novel, as a thriller-mystery, Bangkok 8 is first-rate. I read it straight through in about seven hours and couldn't sleep for another three. Burdett has masterfully captured the grim claustrophobia and sensory overload that Bangkok can induce in newcomers. But it is not really clear why the narrator Sonchai is so overwhelmed, even given his farang blood, because Thais have an extraordinary ability to ignore unpleasant things; and a foreigner who tries to make a Thai dwell on them (in the interest of civic improvement, for example) will usually fail. It is also not clear why Sonchai sees fit to go on about the red-light districts or explain Thai cuisine; or to repeatedly remark upon the plenitude of pirated CDs; or to have his rich superior officer drink Mekong whisky and not, what is more likely, Black Label or 100 Pipers; or to note (twice) when someone drinks beer straight from the bottle. (What do they do in Hong Kong where Burdett lives?) So in many cases Sonchai sounds less like a Thai and more like John Burdett; even Sonchai's cynicism and world-weariness strikes one as more Hong Kong than Bangkok. The attempt to transplant noir into a city whose foreign residents praise its good vibes and charm is admirable but may be futile. One would like to see a novel set in Bangkok whose opening chapters resemble, say, the life-affirming first chapters of Buddenbrooks. Thailand is usually lots of fun, and the vast majority of it is not, as one character in the novel puts it, "a playpen for rich Western psychos."

But we learn right off the bat that Sonchai's colleague and "soul brother" Pichai is shortly to die from snakebite wounds, as a result of having approached a car filled to the brim with unusually pissed-off snakes, biting the hell out of a black American marine. (Forgive the strong language; I'm trying to be noir.) Sonchai immediately concludes that he will avenge Pichai's death, so the stage is set for finding, and killing, his murderer. This gets Sonchai mixed up with the FBI, a murderous and deeply perverted jade dealer with connections to the White House, and an Afro-Karen man who is eventually transformed into an Afro-Karen woman. There is also a possible love interest in the form of an American G-woman named Kimberley, whom Sonchai calls "the FBI". Like other Americans, she is "bursting with health", intelligent, insecure, and prudish. ("Did American culture go back in time about a hundred years?" wonders Sonchai. "I'm sure all those movies from the Vietnam era showed a more relaxed people.") And then, to top it all off, there is a Russian pimp who used to be a physicist.

I daresay that this cast of characters is outlandish even by Bangkok standards; arguably the most normal occupation in the book is held by the reconstructive surgeon responsible for the sex change, or perhaps by the stoned motorcycle taxi drivers. As for the girl who shoots darts out of her crotch? Heard it. And I rather doubt that she would be as articulate as Burdett makes her out to be.

But to his great credit, he has chosen to avoid, with one or two exceptions, having the Thais speak pidgin English. As scholar Sucheng Chang has rightly noted, doing so is how racism makes itself known in age when we are not allowed to say outright that Thais are stupid. Instead we have one say, as Burdett has one say, "We shut. Come back sik o'clock." But in the main the Thais are presumed to be speaking Thai then rendered into plain (though at times unbelievably complex or slang-laden) English. Others actually speak unbelievably complex and slang-laden English, like the croc doctor Trakit. Sonchai, having traveled the world with his bar girl mother and her various suitors, knows French, German, and English. He also knows a surprisingly good deal about fashion brand-names, and one wonders why, if all these things are true, he lives in such a rat-hole of an apartment and isn't working, say, for the United Nations. "Somewhere there must be a government directive," he suggests, "on exactly how little space a Thai can be expected to occupy without going insane or turning communist."..."Like me, she lives in one room which our national optimism leads us to call an apartment." But in part his blues have to do with the fact that he is an accomplice to murder (he helped Pichai kill somebody) and that is why he is virtually the only cop in Bangkok not on the make. Instead he is considered to be an arhat, a noble or holy being, trying to rise above a world of baseness and villainy.

Burdett belies the otherwise solid hypothesis that a person who knows the intimate details of Thai bath massage, or that prostitutes are often more liberated and rich than their fellow countrywomen (or American women, for that matter) could not write himself out of an empty beer can. His prose is economical, sophisticated, tough. Especially brilliant is Sonchai's prolonged meditation on the dreary long-term consequences of sleeping with the FBI. Also his notice of the "sordid little trip to the bank machine together" that johns and their janes are often required to make. Some of the best passages come from Sonchai's observations upon the difference between East and West, which originate from the G-woman's exasperation at Thai law enforcement, or the lack thereof:

"Asia: we play by different rules and we are two-thirds of the world."

"'I think you're making progress. This is a spiritual experience you are describing.' I do not add: Welcome to the world."

"I feel a little sorry for the FBI and her belief that there is anything logical about human existence."

When the West implodes: "There will be TV news pictures of people fleeing from supermarkets and pressing their hands to their heads, unable to take the banality anymore."

On the futility of mourning death: "Would you be sorry for a sunset?"

On Cambodians: "The worst things you ever saw in Harlem would be light comedy to them."

These and other passages contribute to the novel's implication that the days of Western dominance are numbered and that Asia instead will reign, or that it reigns already. ("We are the future, darling. The farangs will catch up.") This is symbolized most graphically by the reduction of the untouchable American jade dealer to a sex slave and then a transsexual, who explains his demise by vulgarizing Kipling's line about the ill fate of those who try to hurry Asians. America gets bashed a lot for being in charge of the economic and military dynamo that will either save the world or destroy it. There is even a sense that America is simply an anomaly (the loneliness of its men, the confusion of its women) that will be washed away by its accumulated bad deeds. Referring to the heavily guarded, moat-encircled American embassy in Bangkok, Sonchai says, "In the twenty-first century the American ambassador works in a medieval castle. What is the karma of America?" And Sonchai defends the corruption characterizing Asian governments by saying that it accomplishes much the same results only in a different way.

In his review of Bangkok 8, author Pico Iyer expressed disappointment not with the novel but with its hackneyed subject matter (Time Asia, June 16, 2003). It would indeed be a welcome change to read a novel about Thailand that contains no prostitutes or crooked cops, if only so that people like myself need not repeat the enervating process of countering the prejudices of the ignorant, and especially their usually unspoken assumption that because I live here I must be either a druggie, a drunk, or a lecher. Some readers of my essay "Why I Live in Thailand" -- the short answer being that I like Thais and their country -- accused me of naiveti, presumably because I did not repeat the litany of complaints about greed and duplicity and human rights abuses and so on. And I never once mentioned sex or drugs. But it is just as possible to be naove in Bangkok, to not be aware that most of Thailand is green and that most Thais are kind. I greatly admire Bangkok 8. It is easily the best novel written by a foreigner about Bangkok since Jack Reynolds' A Woman of Bangkok, and it may encourage the city's so-called expatriate literary scene to stop churning out such sorry excuses for novels. But I am troubled that readers may mistake it for the truth about Thailand as a whole. For what Burdett says about Khao San Road could be said about Bangkok 8: "It is a long way from Thailand." The Thailand I know is closer to a rare vision of Sonchai's on a Bangkok street, that of "a young girl about fourteen years old looking impossibly new and bright."