Japan: The Green That Never Ends 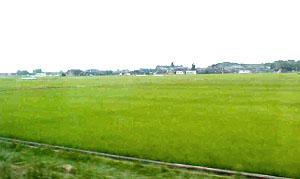 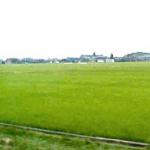 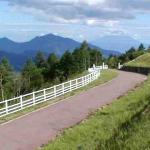 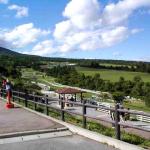 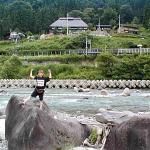 When I was in the second grade, some of the kids in my class used to sing the most annoying song. It went something like this:

My classmates would sing that song to the point of insanity. It got stuck in my head for days on end. It kept me awake at night and started up again before I even opened my eyes in the morning. I could happily live out my days without ever hearing that song again, and, when the time comes, I'm definitely never going to teach it to my own kids.

Over time, I freed myself from the clutches of The Song That Never Ends...or so I thought. But on a visit to Japan with my Dad in the summer of 2000, it suddenly popped into my head again. I was on a train headed for Matsumoto to visit a famous Japanese castle. Outside the window of the train, I saw the greenest green I've ever seen. Rice paddies. One after another, mile upon mile of them. At that moment, I realized that the only way to describe the Japanese countryside was: The Green That Never Ends.

And then it happened...

Like a sequel to a bad movie, it was back. The Song That Never Ends. But this time, I vanquished it before the melody from hell could spawn its evil mischief. I simply rewrote the lyrics into a song that I could stand to have ricocheting around in my brain.

The green that never ends is made up not only of rice paddies, but also of carefully terraced rows of tea, boundless countryside, lush forests, and magnificent Japanese gardens. Rice is so abundant and common that rows of suburban apartment buildings are sometimes separated by small fields of rice. The emerald countryside is dotted with out-of-the way temples or farmer's houses with their brilliant blue-tiled roofs. And where the land is too steep for rice, the Japanese cut terraces and plant row upon row of jade green tea. Higher up, the deep green forests grow so thick that only woodland creatures can inhabit them. And then there are the gardens... vibrant green with stunningly beautiful plants and flowers. In those gardens every inch that isn't a walkway is a meticulously crafted masterpiece of green or a crisp blue lake.

Every acre of land that isn't too steep, covered with forests, or crowded with buildings, the Japanese use for planting rice or tea. Believe it or not, there is more farmland in Japan than land for building cities. This is hard to imagine, knowing that the cities are so huge that they sometimes seem impossible to escape. Actually, however, urban development accounts for only about 6% of Japan's total area. The rest...is green.

It's the green that never ends
It just grows on and on my friends...

I never thought that "The Song That Never Ends" would serve any purpose in my life other than annoying the heck out of my friends and driving me crazy. But I've made my peace with that song by adapting it to describe one of the most, or perhaps even the most amazingly beautiful sight in the world: the green that is Japan.

But wait...I'm getting a strange feeling...there's that infernal song again! It's back! Noooooooo....

...It's the song that never ends
It just goes on and on my friends....