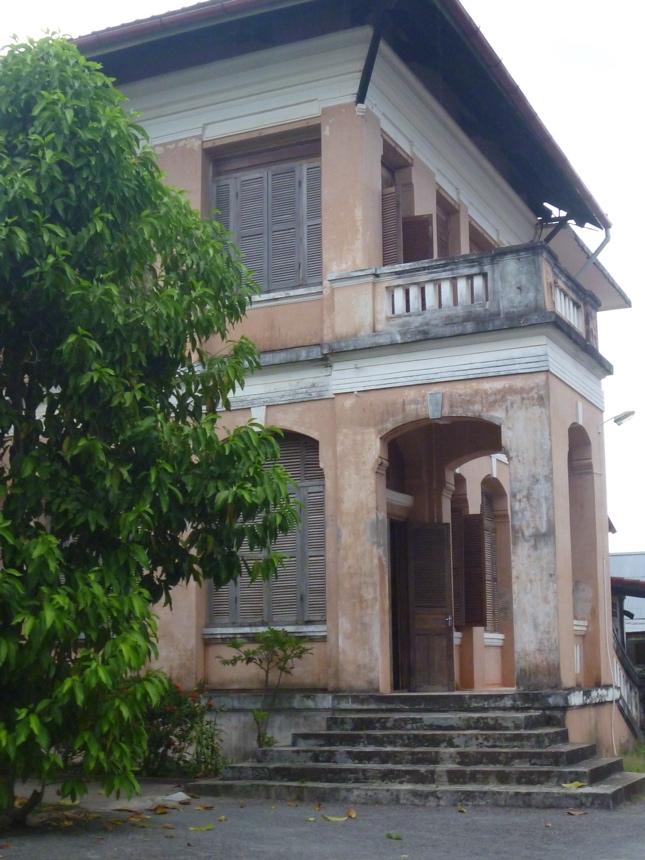 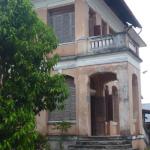 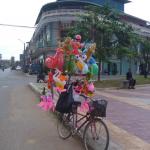 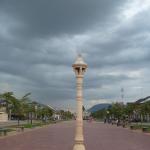 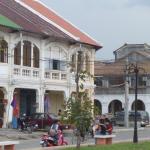 Wandering around the shabby chic remains of the French occupation of the Southern Cambodian township of Kampot, feels like sleep walking. The air is languid, a slight breeze may lift the tips of your hair but is never enough to take that sweat stained glow from your face. The wide streets and avenues give lie to the both the population (30,000) and the business of the town. A busy Kampot would buzz the way of a drowsy bumble bee in the afternoon, usually it just putters along like a big old sleepy town in the middle of it's afternoon nap...morning, noon and night.

The only real bustle of human activity is when the colleges disgorge the largest percentage of the population by far, the teenagers and for a few brief hours the riverside promenade becomes a Kampot version of American Graffiti on scooters. The kids pile three on a bike, they are so slim that four could easily fit on the same bike and cruise the riverside, talking on cell phones, flirting with each other and giggling like... well, like the teenagers they are.

Further back in the old part of the town, where crumbling colonial buildings- their walls plastered with equally weather battered posters advertising Land for Sale, another frantic mating call is heard. This time an avian call, the call of the yellow beaked swallow and coming from strategically placed speakers on more than a few rooftops. Bunkers squat greenly, grimly, stubbornly on rooftops like some Dali-esque version of stalag. Which in a way it is, a Swallow Stalag. Birds are a serious business in this mainly subsistence farming area.  Across Asia the demand for swallow's nest is rising with one kilogram fetching as much as USD$5,000. In a bid to boost the incomes of mostly subsistence farmers, the Government is encouraging this unusually lucrative style of farming.

The effect whilst walking around the town at sunset is slightly Hitchcock, the frantic nesting of god knows how many little birds desperately producing the longed for swallow saliva in order to stitch together the nests that will hatch their young. The saliva contains water-soluble protein, carbohydrates and micro-elements such as calcium, phosphorous, iron, sodium and potassium which in human terms means that it contains antioxidants that helps to boost the (human) immune system.  As soon as the birds have finished making a nest, it is swiped from beneath them or while they are out on the evening riverside promenade. I wouldn't be surprised if they put Viagra in their water!

The nests are used for 'tonics', an alcoholic brew said to be beneficial in skin diseases and good for the lungs as well as for an Elder Tonic.

In China the nests are called "The Caviar of the East" and considered a tonic for longevity and totally anti oxidant.

Kampot is slightly kooky, a painting slightly tilted in the frame but a town tinted so exquisitely that you forgive the incessant chatter of sexed up swallows, smile as you don a kooky Cambodian hat and aim to duck to saliva dripping from the rooftops.