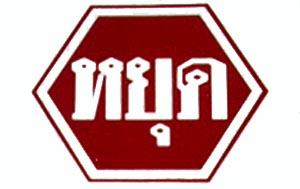 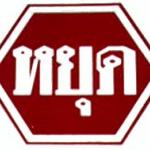 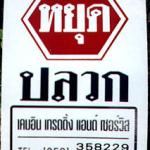 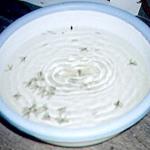 In the course of a correspondence with the headmaster of the school ultimately responsible for bringing me to Thailand, I received an e-mail containing words along these lines: "Sorry to be brief, but we are in the midst of a termite infestation."

How exciting! I thought. And yet how horrible! I recalled the termites of Saturday morning cartoons, summarily reducing a wooden edifice to so much dust. Truth be told, this infamy falls unjustly upon termites as a whole: only the so-called "worker castes" munch wood and crops. To the "reproductive castes", meanwhile, falls the scarcely more honorable lot of giving flight in search of sex. But this infestation of the skies, if you will, is a no less awe-inspiring spectacle.

"Termite" is the common name for the some 2000 species of insects of the order Isoptera, so-named because of their roughly equally-sized wings. They are also known misleadingly as "white ants." (No doubt both ants and termites would take umbrage at this, being mortal foes.) Appearing predominantly in the tropics, termites are also found in warm temperate climates; and have one of the most specialized of insect social structures. Thailand is home to 100 species of termite, known in Thai as bploo-uk. Swarming, the basis for the foundation of new termite colonies, occurs every year during the torrential rains marking the end of the hot season (March to May). Warm, sunny weather amidst or after the rains signals a possible swarm. Come nightfall, the worker termites bore holes in the colony's outer walls for the reproductive castes to escape. The "soldier" termites, meanwhile, guard the holes from invaders, e.g. ants.

During a swarm, termites fill the sky. They cluster around candles, motorcycle headlights, roadside lamps, ceiling fluorescents. To get to light, they burrow under front doors, over windowsills, through chinks in the wall. Driving cars through the swarm is a kind of specie-cide of ecologically criminal proportions. A great many of the insects die.

The Thais take the swarms in stride. If anything, they are amused. The termites neither bite nor sting; and if you press down on their wings, they come off painlessly-- due to a "humeral suture", a weakness at the wing's base -- and the termites amble onward, oblivious. To catch termites, Thais simply turn off the lights except one. Under this, they place a tub of water. For some reason, the termites are drawn to the water and drown in it in droves.

Some Thais find the swarms positively nourishing: the second most eaten insect in the world, termites can be fried without oil over low heat and with a dash of salt. Prepared thus, they have a greasy, peanutty taste; 36% protein; and a caloric content of about 600 per 100 grams. Elsewhere in the world, queen termites are considered a delicacy: in the process of metamorphosing into what one textbook floridly describes as "a vast, inert, egg-laying mechanism", they sometimes reach lengths of between 5 and 9 cm. Meanwhile, to jinjos (small, cute lizards) and too-kays (big, ugly lizards), the swarming amounts to an all-you-can-eat buffet. No sooner have the termites appeared, than the jinjos and too-kays march out like armies to gobble them up. The lizards need merely sit by manmade light sources and effortlessly gormandize, sometimes snapping up a new termite while the wings of an earlier catch still jut from their maws. Nor are the lizards the only gluttons: birds and frogs gorge themselves as well; even ants drag the disoriented termites away.

The lucky survivors ultimately alight on the ground, seldom more than a few hundred yards from their homes. Raising their abdomens, they detach their wings as described above. The females then await an appealing male. Having by this time become repelled by light, the pairs go home-hunting. The female burrows a small hole in the ground. Here the lamp-cross'd lovers mate, thus beginning a colony 4-5 years in the making. After the swarming is over, the carcasses of ill-fated termites are swept up into giant heaps, which must be disposed of before their rotting creates a distinctive stench. This is harder than it sounds: sweeping the termites' abandoned, airy wings usually succeeds only in sending them aloft. Put coarsely, it's easier to drench them in water and shovel them up.

To my mind, the great annual termite swarms, like many phenomena of tropical nature, afford certain spiritual benefits. There is nothing more humbling than watching hordes of living things zip about feverishly in search of sexual partners, only to have most of them perish and be swept up forthwith. Little wonder Thailand has been so amenable to Buddhism, that noble philosophy of no-self and compassion for all living things. For though a human, as Macbeth complained, "struts and frets his hour upon the stage," he comes to the termites' end, "and then is heard no more." The biology teacher of my school in Thailand took a more straightforward, but no less valuable slant on the swarms. "Birth, sex, and death," he said. "It's all there."