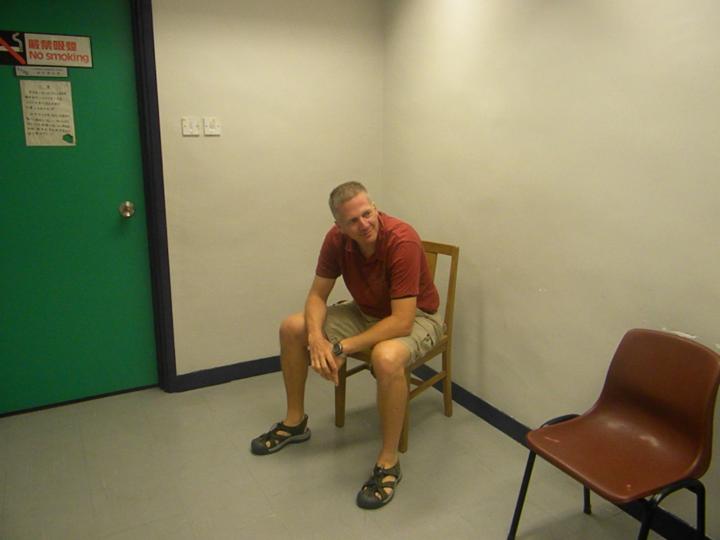 Waiting to be in the police line-up in Hong Kong 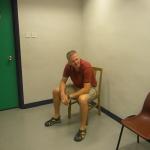 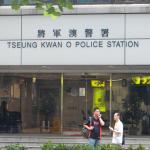 On television, whenever the police need to put a suspect in a lineup, the cops always seem to have a steady supply of other derelicts in lock-up that they can use as extras.

In Hong Kong, either they have a different way of doing things or they simply don't have an abundant supply of middle-aged white couples in lock-up ready to serve as extras.

Friday afternoon, just as we were preparing to leave work, a colleague approached Julie and me and said "Have I got an opportunity for you two."

We of course said yes.

Apparently, several weeks ago, a middle-aged white couple skipped out on paying their taxi fare. Things went from bad to worse, and before you know it, the couple in question is in handcuffs. Fastforward to this past Saturday and it was time for the witness to identify the scofflaws.

That's were Julie and I, several of our colleagues, and a handful of other people we just met come into the picture.

We spent the better part of the day waiting for the slow machinations of justice to do whatever it is that happens behind closed doors down at the Justice Department.

The good news is that while we waited and waited we got free snacks courtesy of Hong Kong taxpayers (spending limit: US$3.50). After what seemed like an interminable wait and after making our way en masse through about half a dozen waiting rooms, it was go time.

The women went first. An hour later, it was the men's turn. Nine of us men were led into the lineup room. Yup, the front wall was a one-way mirror; nope, there were no lines painted on the wall behind us.

After we all took our position, there was one empty spot. Several minutes later, a side door opened and in walked a pair of police officers escorting a middle aged white guy. As he was led to the empty spot, the other nine of us were all thinking the same thing "Dude, it would have been a whole lot simpler just to pay the taxi fare."

Apparently, getting ten middle age white guys in the room was a herculean enough task as it was. Getting then to have roughly the same body types, height, and hair color was too much to ask. We were a pretty diverse looking group.

In order to eliminate height as a variable, we were instructed to sit.

In order to eliminate clothing as a variable, a police woman distributed heavy wool blankets that had been used for who-knows-what previous purpose. Julie said hers smelled like urine. That sounds about right.

As if things weren't weird enough already, things were about to get really surreal.

In order to eliminate hair color, length, and style a police officer walked down the line and distributed shower caps. Not just any shower caps, but multi-color, krazy-pattern shower caps.

So there we sat, ten of us in a row, wrapped up in to our chins in smelly wool blankets with shower caps on our head waiting for the witness to try to pick out the guilty party.

The night before when we told our daughters about our debut acting job here in Hong Kong, we had to explain to them that if the witness picked one of us, we would not be arrested. But after Julie was i.d.-ed, she did have to stick around for an extra half hour to fill out paperwork attesting to the fact that she was not in the vicinity on the night in question but was just an actress hired to stand in the line-up.

For giving up our entire Saturday afternoon, we each recieved HK$580 -or about US$70. That and one heck of a memory.

Apparently we did do a very good job of explaining the whole thing to our daughter, because later that night when we were back home and giving our daughters all the details of our big adventures, my ten year old said, "That's funny and all, but what I don't get is why was that couple wearing wool blankets and shower curtains in the back of a taxi?"