Our Cassandra in Saigon 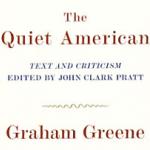 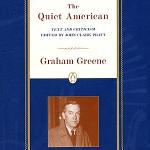 "I never knew a man who had better motives for all the trouble he caused." -from The Quiet American

When Graham Greene published The Quiet American in 1955, American involvement in Vietnam was limited to (only?) billions of dollars in military aid to France and South Vietnam, and the machinations of the CIA. Yet the book remains ominously prescient of what was to come: twenty years of folly, millions of casualties, and the first military defeat of the United States.

When it came out, The Quiet American was roundly condemned in America, most notably by critic A. J. Liebling, whose New Yorker review was entitled "A Talkative Something-or-Other." Hollywood turned out a film version at the height of America's crusade against Communism, so the screenplay possessed nothing of the book's anti-Americanism and its ambivalence toward the Reds. Not surprisingly, this propaganda film has been forgotten. Calling it "a real piece of political dishonesty," Greene predicted correctly that "the book will survive a few years longer than Mr. Mankiewicz's incoherent picture." As the ugly truths of the Vietnam conflict percolate upward through the miasma of lies upon which it was founded, the The Quiet American is finally getting its due as political prophecy and work of art. It commonly appears on the "recommended reading" lists of Southeast Asia travel guides, and in 1996, Penguin published a critical edition, which includes over 300 pages of literary criticism, relevant historical documents, and Greene's other writings on Indochina.

The Quiet American begins with the death of the quiet American, an ingenuous CIA operative named Alden Pyle. Vigot, a fatalistic French policeman (he reads Pascal's Pensees to bide the time), thinks that the British journalist Fowler may have had something to do with it. Fowler denies responsibility: "They killed him because he was too innocent to live. He was young and ignorant and silly and he got involved." But Vigot does not over-exert himself: "To speak plainly," he says, "I am not altogether sorry. He [Pyle] was doing a lot of harm." The harm done by Pyle is based upon his belief that "what the East needed was a Third Force" to replace the French and the Viet Minh, then grappling for control. By receiving American support, this third force would bring Liberty, Justice, and the whole gamut of American shibboleths to Vietnam.

According to Fowler, the problem with Pyle's theory is precisely that it is a theory, lifted verbatim from the writings of an ivory-tower academic named York Harding. To Fowler, theory is useless, even dangerous: its neat, optimistic syllogisms can only fail when applied to the gory and tragic contemporary world that Greene records. Fowler sums up this world, called "Greeneland" by Greene's detractors, as Fowler takes in a Hollywood film at a Saigon cinema:

Yet the American Pyle embraces the theories of York Harding with an almost religious devotion. Pyle believes in "films for boys." Fowler tries to disillusion him, "impregnably armoured by his good intentions and his ignorance"; he ridicules "what was his name? - York Harding" and the domino theory -- but to no avail. Says Fowler:

"You and your like are trying to make a war with the help of people who just aren't interested." "They don't want Communism." "They want enough rice," I said. "They don't want to be shot at. They want one day to be much the same as another. They don't want our white skins around telling them what they want." "If Indo-China goes..." "I know the record. Siam goes. Malaya goes. Indonesia goes. What does 'go' mean?...." "They'll be forced to believe what they're told, they won't be allowed to think for themselves." "Thought's a luxury. Do you think the peasant sits and thinks of God and Democracy when he gets inside his mud hut at night?" "You talk as if the whole country were peasant. What about the educated? Are they going to be happy?" "Oh no," I said, "we've brought them up in our ideas. We've taught them dangerous games, and that's why we're waiting here, hoping we don't get our throats cut. We deserve to have them cut. I wish your friend York was here too."

The Quiet American is not an anti-American tract, so much as it is a warning against a combination of traits found abundantly in post-war America: personal innocence, historical amnesia, boundless power, and a kind of impenetrable idealism. Fowler suggests that these traits led to British and French colonialism, and he counsels Pyle to learn from the Europeans' colonial history. Otherwise the Americans are doomed to repeat it - and repeat it they did.

But Fowler's contempt often loses its focus; it becomes contempt for America itself. Granger, the American journalist, is prone to drunkenness and swaggering, and Fowler avoids him like the plague. Other Americans are "big, noisy, boyish." One can only chuckle nervously as Fowler thinks, "I was tired of the whole pack of them with their private stores of Coca-Cola and their portable hospitals and their too wide cars and their not quite latest guns."

The conflict between Pyle and Fowler is not just political, but personal. They are both in love with the same woman, the lovely and sophisticated Annamite named Phuong. Until Pyle's arrival on the scene, Phuong was Fowler's dutiful lover, sharing his bed and preparing his opium pipes. But Fowler is still married to a woman back in England, and he is rather old and indigent when compared to the robust Harvard-boy Pyle. Fowler lacks any weapon that is not verbal, until he learns that Pyle is responsible for setting off a bomb, killing and maiming innocent Vietnamese.

Prior to this, Fowler had avoided "taking sides" at all costs; he was degage. "The human condition being what it was, let them fight, let them love, let them murder, I would not be involved." It is not that Fowler is indifferent or callous. Rather, he is detached, as a good Buddhist might be. Fowler only becomes involved to the extent that he can fulfill his "chief wish", which is "to be at ease": "I cannot be at ease...if someone else is in pain, visibly or audibly or tactually. Sometimes this is mistaken by the innocent for unselfishness, when all I am doing is sacrificing a small good -- in this case postponement in attending to my hurt - for the sake of a far greater good, a peace of mind when I need think only of myself."

When Fowler confronts Pyle about the bombing, Pyle is barely conscious of the pain he has caused. For Fowler, this is decisive. His indifference cannot last, is false: he is already attached to Phuong, and to the Vietnamese ripped apart by Pyle's bombs. The quiet American must go. A Communist asks for Fowler's help in getting rid of him and says, "Sooner or later one has to take sides. If one is to remain human."

Literature about Southeast Asia has its classics: Orwell's Burmese Days, the short stories of Somerset Maugham, Conrad's Lord Jim. The Quiet American belongs in this company because it is a vivid snapshot of the region during a tumultuous time. Greene "fell in love with Indo-China" - this from an author who regarded much of the world as frightful or merely dull. But in Indochina, he was enchanted "by the tall elegant girls in white silk trousers; by the pewter evening light on flat paddy fields, where the water buffaloes trudged fetlock-deep with a slow primeval gait; by the French perfumeries in the rue Catinat, the Chinese gambling houses in Cholon; above all by that feeling of exhilaration which a measure of danger brings to the visitor with a return ticket...."

Every writer is drawn to tragedy, whether he wishes to portray it as tragedy or as farce. Greene was drawn to both the danger of Vietnam in war, and the beauty of Vietnam in peace. In The Quiet American he expressed their tragic combination with unsurpassed skill. His book should be more than "recommended reading" for anyone interested in Vietnam. It should be required reading for anyone hoping to fashion the world in their own image.