A Puppet and His Fish 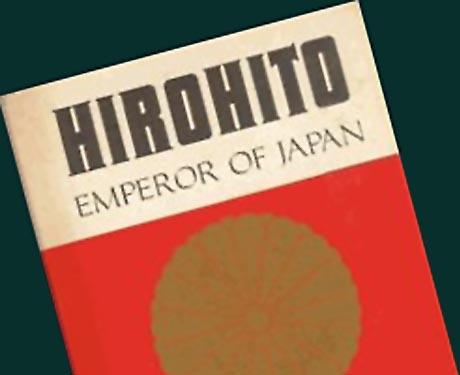 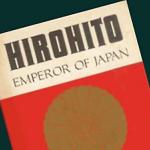 Recent history has been unkind to emperors.  Or at least so we are led to believe by those (and they are many) who overestimate the desire of the world's people for democratic rule.  Long ago, the Greeks knew that democracy was but one of many imperfect political systems, and they were also aware that democracy has a tendency to become tyranny before long.  You may happily declare one more country a democracy and believe that democracy is an irreversible and accelerating trend.  But the fact is that most people want to be well governed -- by whom is less important.

The Emperor Hirohito, who oversaw Japan's fateful confrontation with America during World War II, was considered a god by practically every Japanese - except Hirohito himself.  As a youth he had expressed doubts about the legend meant to prove the divinity of the royal line.  In Leonard Mosley's biography Hirohito:  Emperor of Japan, the young Prince is said to have found the legend "biologically unsound" and "physically impossible".  Unfortunately, the hell-bent Japanese military required the myth of the god-king to unite the people behind its imperialistic design.  So the acquiescent Hirohito, like so many times afterward, acquiesced.

Hirohito publicly renounced his divinity after the war.  But it is not clear who was behind this momentous step.  Though he was pleased by it, General MacArthur, Supreme Commander of the Allies in the Pacific, denied having suggested it to Hirohito.  But the Japanese maintained that the Emperor was responding to a "direct request" from his conquerors.  Hirohito had never believed in his divinity anyway, so the announcement was no leap for him.  For the Japanese, the leap was enormous.

This seeming victory of American political ideals had come at a supreme cost, however.  The Japanese determination to maintain the Imperial system and the American determination to destroy it may well have been the sentence of doom for hundreds of thousands of innocents in Hiroshima and Nagasaki.  Only eleven days before the A-bomb fell, the Potsdam Proclamation of July 26, 1945 called for "the unconditional surrender of the Japanese armed forces" - meaning, presumably, not the Emperor, upon whom the document is silent.  The Allies were split.  Some would have allowed Japan to emerge as a constitutional monarchy.  But then-Secretary of State Cordell Hull insisted that Potsdam make no reference to the Emperor and that Japan become a republic.  According to Mosley, Hull's obstinacy "prolonged the war and made the dropping of the atom bombs inevitable."  But having dropped the bombs, the Americans let the Emperor stay on anyway.  To do otherwise might have meant Japanese insurrection on a most unpleasant scale.

The goings-on behind the scenes of the Pacific War are sometimes as comic as their consequences were tragic.  Back then, diplomatic communication was horrendously, torturously slow and inefficient. At least two letters from FDR to Hirohito were lost, as it were, in the mail.  One followed the Panay incident, when, on December 12, 1937, the Japanese attacked and sunk the U.S.S. Panay near Nanking.  The other letter was sent just before Pearl Harbor.  Both were intended to circumvent the running-amok military and reach the Emperor instead.    Though many Allies believed Hirohito to be a "pathetic, myopic little puppet", others believed that he could have ended the war had he voiced his pacifism in stronger terms.

On September 6, 1941, Hirohito made his stance fairly plain.  Addressing his militant ministers, the Emperor purportedly read a poem composed by his grandfather, the great modernizer Emperor Meiji:  "The seas surround all quarters of the globe / And my heart cries out to the nations of the world. / Why then do the winds and waves of strife / Disrupt the peace between us?"  The protest was duly noted, and wholly ignored.  Hirohito had succumbed to the medieval Japanese tendency to communicate in poems, and obliquely; had he been the kind of man to bang tables and knock heads - had he been more like Truman - Japan's fate might have been improved.  But he was generally more interested in marine biology than in affairs of state.  In 1964, he would confess that he was "very keen on television."

Another instance of botched communication occurred just as the ducks were sitting in Pearl Harbor.  Japan had decided to openly declare war against America before the attack - this in conformity with the Hague Convention.  True, the notification was only pro forma, and would not have allowed enough time for the Pacific Fleet to mobilize.  But due to negligence on the part of the Japanese officials receiving the message in Washington, the declaration came too late.  "The day of infamy" had come, and the Americans were in no mood for apologies.

Then again, as Mosley writes, "The dastardly Japanese villain had made lots of warning noises before he broke into the American maiden's bedroom, and there was really no excuse for her having left her chastity belt undone."  This is an excellent extended metaphor.  But was there really no excuse?  Might Roosevelt have sacrificed 3,000 Americans at Pearl Harbor to drag an unwilling public into the war in Europe?  Or would the fleet's defense have foolishly revealed that America had already broken Japan's diplomatic and military codes?

In any case, one of the warning noises was amplified by then-Ambassador to Japan, Joseph Grew.  On January 27, 1941, Grew told the State Department about rumors to the effect that "the Japanese, in case of a break with the United States, are planning to go all out in a surprise attack on Pearl Harbor."  But the Navy was skeptical, perhaps because such an attack would be insane -- unless it had been provoked.  Another warning noise, or rather smoke signal, took place at the Japanese Embassy in Washington prior to the attack:  under the watchful eye of the FBI, Japanese officials began burning codebooks and destroying telegraphs.  Meanwhile, Washington basically ignored Grew's sustained efforts to arrange a face-to-face meeting between FDR and the conciliatory Prince Konoye, who would ultimately kill himself rather than be tried - unjustly, he thought - as a war criminal.  A copy of Oscar Wilde's De Profundis was found near his deathbed.

A recent book has asked whether the Allied bombing of Germany was not, to put it lightly, excessive.  The book has renewed the debate over whether excess is a meaningful concept at all during wartime, and it raises once again the dreary specter of "moral equivalence".  Perhaps the most unsettling aspect of Mosley's history is the determination of some Japanese commanders to maintain a policy approaching national suicide.  Grew ventured that in Japan "a national psychology of desperation develops into a determination to risk all": hence, in part, Japan's otherwise baffling decision to attack an enormous, rich, and - in Grew's estimation - highly "inflammable" country thousands of miles away.   In a sense, by the time America had stopped delivering oil to Japan, the war was already lost.

Still, it would be hard to deny that the fire-bombing of Tokyo and the two atomic attacks were war crimes, according to the Allies' very own definition:  "wanton destruction...not justified by military necessity".  In a 1937 speech, FDR had implied that Japan was a disease in need of quarantine; by 1945 quarantine had become eradication.

But that was all long ago and in another country.  Post-war Japanese-American relations are perhaps best symbolized by the encounter between Hirohito and one American General Bonner Fellers, who met the Emperor as he went sheepishly to meet with MacArthur.  Fellers smiled; said, "Welcome, sir"; and shook the Emperor's hand.  Hirohito would later send the friendly general his photograph.  The spat was over; a new love affair had begun; and Hirohito, as a sign of Japan's imminent technological ascendancy, would soon be gawking at the tube.