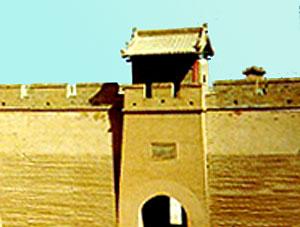 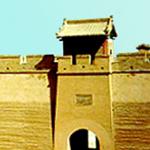 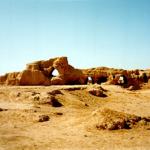 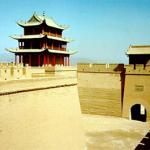 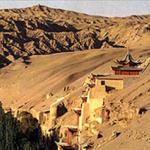 IT is long, dry, sandy, and to be a little more dramatic, lifeless. That is probably the best description for what is known historically as the meeting point between the East and the West. This is the Silk Road, the old silk-trading route Chinese traders used since the second century to transport silk to Europe.

The route, however, is certainly not as smooth as its name implies, even for present day travelers. The silk trade must have been pretty enticing financially for traders to have risked their lives travelling along a route that till today is full of uncertainty.

The Silk Road starts from a small town called Xian in the picturesque Shanxi province in China, bypassing the Gansu province before splitting into three roads at Dun Hwang. Which road olden day traders would use largely depended on which European and Middle East country traders were heading to.

The three roads run almost parallel along the Xinjiang province, before meeting in Teheran, Iran and going on to the Mediterranean.

Today, the main attraction of this adventure-filled, often tiring trip are the many historical remnants and unique geographical landmarks along the way. The Silk Road has many legendary areas, which have been documented in history or described in Chinese novels.

One good example is the Ming Sha Shan (Sand Hill) which runs 40km from east to west and 60km from north to south. It is a cluster of sand dunes with spectacular ridges all the way to the summit. Amidst the sand dunes lies the crescent-shape lake, known as the Yueh-Ya Chuen in Chinese history. If still energetic after the hot trek up to Ming Sha Shan, you can climb to the summit and slide down the dunes. No matter how you slide, you'll land near the lake, which has never dried up even in the hottest and driest months.

Another way to get to the small oasis is by camel or on foot from an entrance, which is about 500 meters away from the lake.

Another unique landmark along the Silk Road is the majestic Mogao Grottoes, which were created from stones. A monk was believed to have started the first grotto in 366 AD As more traders begin using the Silk Road, the number of grottoes also increased. Many grottoes contain murals and sculptures depicting Buddha in various positions. There were over 1000 grottoes during the Tang Dynasty, but today, less than 500 remains.

Mogao can be quite an annoying place for some visitors, because visitors are not allowed to wonder about and peer in and marvel at the intricate carvings. The government keeps most of the caves locked up and qualified guides must let you in. There are various "tour guide charges", which differ depending on the number of caves you want to visit. Then, you've got to wait at the entrance until they could collect all of the foreigners together in a big bunch to be led around together by an "expert Chinese speaking guide."

The world's oldest grottoes are a pale shadow of their former splendor, due to theft and lack of maintenance over the centuries.

The most impressive one is the 130th grotto, which houses a 36-meter statue of Buddha. As you enter the cave all you see is his hemline which had dragons painted along the edge and it looks like you are approaching a wall. As you get through the bottleneck entrance the ceiling opens up and you can "look up" at Buddha. You can also run around behind him.

According to our guide, the paint had been retouched during the Qing dynasty. The colors are truly brilliant in many of the caves, though it could be due to the dry air and lack of light.

Other famous caves included Caves 16 and 17. Cave 17 is a small cave adjoining Cave 16 where the famous stash of manuscripts were sealed up and uncovered by a monk around the turn of the century. He sold off much of the collection to Sir Aurel Stein including what may be the oldest printed book in existence (circa 868 AD). Apparently, the relics are now owned by the British Museum.

Another historical town along the Silk Road is Turfan, a wonderful bit of Mediterranean in the middle of Northern China. The residents here are predominantly Uygur*, so fresh pasta, tomatoes and olive is what you'll be getting most of the time. Nearby are the ruins of the ancient Uygur capital of Gaochang, abandoned since 9th AD. Gaochang was actually built in the first century BC and later became a key point along the ancient Silk Road.

By the seventh century it held sway over 21 other towns. The practice of Buddhism led to the establishment of many monasteries and temples here. In the ninth century, the Uygur established the Kharakhoja Kingdom here and the town flourished as a cultural center. Unfortunately, all this came to an end when the city was burnt down around the 14th century, during a period of warfare lasting 40 years.

At the end of the Chinese part of the Silk Road, there is an ancient customs/immigration checkpoint called the Jia-yu Gate. Built in 1372, the gate spread over 33500 square meters, with a viewing post used to check advancing enemies on top of the gate. Beyond the Jia-yu Gate is Gobi Desert, once described by Chinese warriors as "the way to hell".

The 7000 kilometers Silk Road is more than just a route used by ancient traders --- it is the link between various cultures --- Chinese, Indian, Persian, Arabic, Greek, Roman. 5,000 years of history and culture, stunning desert scenery, the intrigue of centuries - old relics, and the source of numerous myths and legends; all these and more makes the Silk Road an excellent attraction to scholars and leisure travelers alike.

*(The Uygur is a native people in Northern China, along the Silk Road. Today, their population dwindling due to migration and intermarriage with the Han Chinese. The Uygurs inherit a lot of their culture from Turkish traders, and most of them are Muslims.)