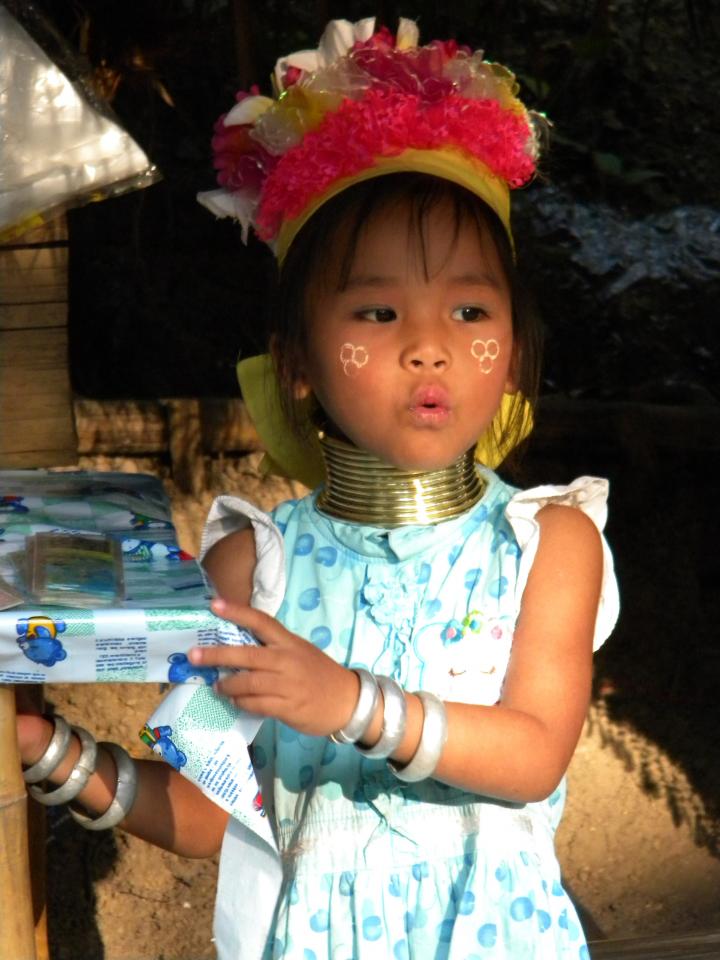 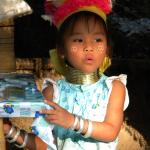 Just outside of Chiang Mai is the Tiger Temple at which you can walk among dozens of full-grown tigers. While they are chained to stakes, there are no bars separating you from the tigers.  You are so close to them, you can -and may- reach out and touch them.

I moved my family to Asia so that we could rack up some new experiences. I really wanted to touch a tiger.  A friend of mine went last year and I have to admit, the picture of him kneeling next to and petting a reclining seven-foot tiger with more tigers lying around in the background is pretty darn-tooting cool.  What a FaceBook profile picture that would make.

Before leaving Hong Kong, I researched the Tiger Temple on the internet.

The Buddhist monks who take care of the tigers are not trained biologists or breeders.  They have been accused of letting different types of tigers interbreed. There have been allegations that they have illegally sold tigers.

And then there's that whole letting-tourists-walk-among-the-tigers thing.  (In the monks' defense, there have been no tragic incidents to date.)

So I had to make a decision.

At first I was conflicted, choosing not to go to the Tiger Temple turned out to be a pretty easy decision.

A visit to a Kayan Lahwi long-neck village was a different story though.

The Tiger Temple I managed to skip, but a two-hour jungle hike to a long-neck Kayan Lahwi village proved too irresistible.

The Kayan Lahwi are a hill people who live in northern Thailand.  Like some tribes in Africa, Kayan woman have traditionally worn brass neck rings to give the effect of an elongated neck.  Contrary to popular notions, the neck is not actually stretched.  Rather, the weight of the brass rings push the collar bone down and compress the rib cage giving the appearance of a longer neck.  Girls get started when they are as young as four or five years old and then they increase the number of rings every year.

On the spectrum of female body modification, neck elongation may not be as debilitating as foot-binding, but it certainly subjugates women more than ear piercing.

While making my way through the village buying some of their handicraft, I was confronted with the realization that I was contributing to the perpetuation of yet another generation of women feeling the pressure to subject themselves to this form of body malformation.

Obviously, in Kayan Lahwi villages, the women in neck rings are the big draw.  There are other villages nearby in which the women do not wear the body-altering neck rings and I am sure that they sell a fraction of the wares that the Kayan women do.  On some level, the men and women have got to know that the neck modification attracts the tourists which equates to better sales.  If the next generation of girl took a pass on neck elongation, it would have a direct impact on the long-term financial well-being of the village.

By being there and buying my souvenirs, I was reinforcing that system.

Even when the results aren't as dramatic as women with layer after layer of brass rings around their necks, the same principle applies in every country we visit in Southeast Asia.  When we travel in these third-world countries, we are engaging and participating in systems that are not equitable.

A part of me thinks it would be better to stay home.

But staying home is not the solution either.  In fact, that's even worse.  While not ideal, my tourist dollars are at least doing some short-term good.

Years ago, I was having a discussion with a friend of mine about the challenges of living in an imperfect world.  Lamenting the fact that he has to daily make lifestyle choices that were contrary to his core principles, he conceded "I live in a world not of my creation."  I guess I too will hide behind that line.

I realize that buying that wooden figurine today, might help put food on the table tonight, while at the same time contributing to the long-term perpetuation of an unjust system.

I guess the key is to make sure that buying the wooden figurine from the nine year-old girl with the six inches of neck rings is not the extent of my engagement.  I have to make sure that I partner with organizations that address the long-term challenges of these and other people groups.

I bring my camera up to my eye to take a picture of a young woman on the other side of the dirt lane.  I am astounded, astonished, mesmerized, sadden, and taken aback by the beauty of what I see through my camera lens.

I hesitate ever so slightly, but then I push the button.

In my heart, I thank her.

In my heart, I also apologize for reducing her to a photo op.

I slip my camera back into my bag and go look for my two daughters.