A Paean to India 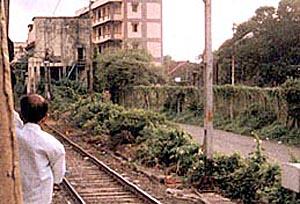 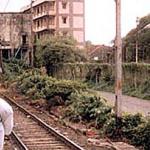 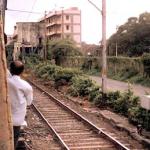 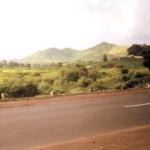 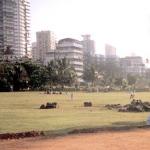 "The saving of all people waits in thy hand." - from the Indian National Anthem

The students of schools in Hyderabad and Warangal in South India frequently asked me variations on the same question: "Why is America so far ahead?" "Why is America a developed country?" "We get excited when we hear about America; do you get excited when you hear about India?" Someone or something - perhaps America's hegemonic media - had taught these children unqualified admiration of America. They saw India as boring, backward, behind - a beggar.

I tried to take a different slant. "Your country," I said, "is very young, younger even than young America. Your civilization, however, is one of the oldest on the planet; all the world looks to India for some kind of ground." A teacher began to beam, her eyes twinkle. "Sir is telling that India is" - she emphasized each word - "the world's spiritual teacher."

Certainly these kids needed some reason to look to themselves rather than to America for the last word on the definition of progress. But there are problems in calling India the world's spiritual teacher. You can measure GNP; spirituality is immeasurable. And there is a danger in making India more spiritual than it is, to "exoticize" it. I used to look at maps of India and fall into reveries while scanning its holy placenames: Varanasi, Calcutta, Madras. Now I think of filth, smog -- mobs. Yet students in Bombay wrote glorious paeans to India and filled their journals with pictures of the tricolor. Where a Western nation might adduce its military or economic might as evidence of its superiority, India adduces its diversity (ethnic, linguistic) and its great prophets and leaders: Gandhi, Nehru, and Ambedkar - the suit-and-tie-wearing advocate of the dalit underclass.

True, this patriotism is caused in part by India's startlingly nationalistic, authoritarian educational system. But it is hard to doubt the sincerity of the Indian student. "Sera Jahan Se Accha", a common patriotic song, expresses their sentiment best: "Of all the countries in the world, India is the best. East or west."

Patriotism in India can, however, be defensive. On a train headed north to Pathankot, I met the proud owner of a Bombay pharmaceutical company. He spoke grandiloquently about the future of India and of the world. Like many Indian businessmen, he was convinced that the Indian economy would soon surpass that of the industrialized nations. He particularly relished the stagnancy of Britain, the debt of America.

But his zeal was tempered by his praise of the famous Indian generosity. "Look," he said, pointing to a laconic gentleman joining us in the compartment a few minutes before, "this man, whom you've never met before in your life, just walked right in here and offered you a custard apple." The train had been halted for some time, close to an hour; we were in Rajasthan, and the villagers along the train tracks had seized the opportunity to run the fruits, one basket at a time, to the hungry passengers. "You see," he continued, "the people of India still have the rural values; they haven't forgotten poverty, and poverty breeds generosity."

Whatever its cause, this generosity is possibly my best memory of India. Throughout a field trip with my students, they approached me with gifts of food: candy, potato chips, mango juice boxes. I was constantly inundated. "Sir, take" comprised much of my interaction with them. I was forever having to refuse samosas, masala chappatis, fasting food, the ubiquitous biscuits (crackers) and chocolates (candy), and the sinfully sweet mitthai. On their birthdays, students walked around the school with bowls of chocolates; I always took one; they always gave me another. "Why are they giving us gifts on their birthdays?" I asked a teacher. "They're celebrating," she said, somewhat surprised by the question.

But when I, finally converted to this vision of giving, tried to offer biscuits to my students, they refused. I have a forlorn duffel bag full of departing gifts from them: plastic roses, flower vases, ball-point pens, dusty statuettes, keychains, a crystal in the shape of a dog, cards. Months after leaving India, I would pick through pockets and find the wrappers of chocolates.

I tried, and failed, to offer the students a lesson in economics. Though a teacher, I was richer by far; they shouldn't have been giving, but they seemed not to be able to help it. They gave like their hearts beat. Shortly before I left America, an Indian emigrant told me nostalgically that my students "would give me gifts, give me sweets!" I share her nostalgia now.

If poverty breeds generosity, it also breeds solidarity. One day as I was taking a cab back from Haji Ali, the cab stopped at a red light, and a beggar boy came to my window. This happened so frequently that I was forced to devise new strategies of avoidance. In this case, I pretended not to see him. "Suh, suh," he croaked, tugging at my shirtsleeve. Then he began to gently poke my shoulder. "Suh," he repeated. I prayed for the light to change.

The boy changed his strategy. He began picking at my shoulder, using all five fingers as if he were picking up a rock. Apparently, this resembled tickling, because the boy began to say "wee-gee wee-gee wee-gee", presumably Hindi for "coo-chee coo-chee coo". This struck me as funny, so I laughed and smiled.

And for the first time I looked at the boy's smiling, reddish-brown face, his hair combed by sea air and exhaust. He seemed to be enjoying himself immensely; my initial, guilt-ridden attempt to ignore him seemed more ridiculous than callous. This boy is stronger than I am, I thought.

My Indian colleagues corroborated this thought. As my American colleague and I waded through ailment after ailment, "cribbed" about infrastructural obstacles, and bristled over trifles, our Indian colleagues regarded us with a kind of bemused pity. We had much to learn about resilience.

One cannot praise India its strength without recognizing its energy. Bombay's energy is certainly not representative, but to walk around its streets is to realize that if India's energy were harnessed, India would be indomitable. Men push carts carrying the hulk of a steel car; paraplegics, their teeth gritting, propel monster tricycles with their right hands alone; an infinity of white shirts sweep through rush-hour Victoria Terminus; commodities are exchanged with an awesome celerity; the yellow-and-black cabs rev gutturally before grinding their gears; fifty, sixty students suddenly stand, knocking over desks and chairs, shouting "Good morning, miss!"

Then there are India's trains: the cattle-car-like Bombay commuter trains crashing under the flyover at Mumabai Road, packed so full that their passengers hang out of their doors. Boarding a train is a scrimmage; leaving is a kind of ejection. The train is one of the best symbols of India: it encompasses India's overpopulation, its collectivism, its colonial history, and its immense energy.

But this energy is dissipated. It is largely physical energy, and evaporates in sweat, or is diffused by India's incomprehensible bureaucracy, its "celebrated" inefficiency. The energy is rotational; it spins in circles; it lacks a direction. Yet it is an awesome, unsettling, and haunting sight to behold: a "time bomb", as a friend put it. India's numbers only grow. Some estimates make it the most populous nation in the world. Government intervention largely fails: Indira Gandhi toyed with forced sterilization; former prime minister I.K. Gujral proposed government subsidies for families limiting themselves to one female child. Such initiatives are generally taken with a grain of salt.

I was riding in an autorickshaw once and was having trouble communicating my destination to the driver. Often this is a problem of pronunciation, so I wrote the name in devanagri script on a sheet of paper, and handed it to him. He held it and looked, somewhat wistfully, at it. Slowly it occurred to me that the man might have been illiterate. Approximately one in two Indians are; approximately 2 out of 3 Indian women are. In such a context, arguments against overpopulation likely reach only those least needful of them. The children of Hyderabad and Warangal will have to be vigilant. They must somehow devise a way to improve India's economic condition without sacrificing Indian diversity and generosity -- to emulate America's development while shunning its uniformity and greed.