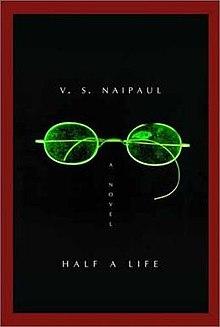 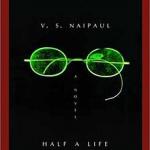 Is V. S. Naipaul a Thing Asian? By this I mean, what, if anything, is Asia, and how does Naipaul fit into it? According to my dictionary, the word Asia refers to the "largest continent, occupying the...." Well, we all know what Asia is. But what is an Asian? In current usage, it is a "person of South and East Asian ancestry", formerly known as an "Oriental", a term now consigned to the dustbin of political correctness. But this entails that much of Asia contains no Asians! How confusing!

Into this affray of identity politics, enter V. S. Naipaul. His ancestry is Indian, so he is Asian. But he was born in Trinidad, thus making him Caribbean-Indian, or, worse, West-Indian-Indian. Now he is a British subject, a knight even, thus making him...aristocratic post-colonial? "Mixed-up"?

Naipaul has written many praiseworthy books about what it is like to be mixed-up in a mixed-up world. A House for Mr. Biswas, about an Indian family in Trinidad, was the 72nd best novel of the 20th century, according to the Modern Library, while his A Bend in the River was 83rd. Many of his best-known works are vaguely autobiographical, as is his most recent novel, the masterful Half a Life (2001).

The appearance of this novel took Naipaul devotees by surprise, as the author had declared that the age of the novel was over - not for lack of a novel-reading public, but for lack of the novel's relevance. To paraphrase Naipaul: "I just don't see how anyone, with all that is going on in the world, can lock himself into a room and make things up." But this is precisely what Naipaul has done, and what writers in times of crisis have always done. Escape, as Auden once said, is every bit as necessary as food and sleep are.

The novel's appearance also coincided roughly with the Nobel committee's decision to hand Naipaul the prize for Literature, which decision in turn coincided with the dire events of September 11. Some saw this as the witty Swedes' way of taking an indirect swipe at militant Islam, to which Naipaul has not been kind.

Islam is, however, not the only thing to which Naipaul has been unkind. A mentor once advised me, when I mentioned a partiality for Naipaul, to read Pico Iyer instead. "Naipaul without the bile," he said, in so many words. As a reviewer writes in The Nation, Naipaul "can be relied upon to make appalling public statements" bemoaning everything from the thuggery of English youths to the death of classical education. (Naipaul went to Oxford and reads the classics to unwind.) Last year, Harper's magazine printed the transcript of an attempted Naipaul interview, in which he alternately ignored and attacked the jejune interviewer. My whole life is in my books, the author seemed to say. If you wish to know me, read them. Goodbye.

Personally, I see nobility in this response (if, also, exhaustion.) Works of art are increasingly less important than are the eccentric artists behind them. Who knows the poem "Ozymandias" better than they know Shelley's peccadilloes? Would Hemingway have become famous if he weren't such a monster? Naipaul has found middle ground. He weaves his oeuvre with his memoirs, art with artist, thus forestalling the biographer's necessary parasitism.

Some of Naipaul's disaffection with the public can be explained by his affection with writing. He reserves so much compassion for his fictions that little can be spared for reality. Writers are, by necessity more than by nature, unsociable people, but also our greatest humanists. When I hear of Naipaul lashing out, I am reminded of Thoreau. The hermit of Walden is without doubt a gentle sort, but when confronted with too many people, or one person for too long, he tended to get testy - even mean.

But back to Asia. The three books through which I know Naipaul best are all nonfiction and all are about India: India: A Wounded Civilization, An Area of Darkness, and India: A Million Mutinies Now. One of the accidental benefits of travel, if I may digress, is that it reveals what books are important to what people. I didn't discover Naipaul until I lived in India, where his books are as widely available as they are controversial. His India is grim, and there are those who resent him - an "outsider" - for saying so.

Travelling also reveals the extent to which these critics are silenced in their home countries through the subtle workings of political and corporate censorship. Two authors come to mind as evidence. Gore Vidal, a lovably bitter critic of post-War America, I discovered in Thailand. William Shawcross, author of Sideshow: Kissinger, Nixon, and the Destruction of Cambodia, I discovered in Cambodia, where the book is widely pirated. In Amazon.com-land it is out of print.

If there is a tone common to Naipaul's India books, it is not, I think, ill temper, but fatigue. Fatigue caused by reviewing the restless and often violent search for identity and self-determination.

India's history, because of its peninsular geography, is one of repeated conquest and assimilation by invaders from the north. Things started to go wrong when the Aryans' method of assimilation was the rigid caste system. India's last two conquerors, the Moguls and the British, only managed the conquering part. The thread running through India's history snapped, just as India was inaugurated into the now, seemingly irrevocable world system of nation-states.

But as soon as India was invented, it began to fall apart: the assassination of Gandhi, Partition, the creation of East and West Pakistan, the former's transformation into Bangladesh, the continuing battle over Kashmir, sporadic communal riots, the Hindu nationalist movement - a wound, darkness, and a million mutinies from the artificial ship cobbled together by Indian politicians, British cartographers, and a poet from Calcutta named Tagore.

Ironically, this unrest has spawned a literary renaissance. Some of the best, most inventive and energetic writers employing English are Indian - Arundhati Roy, Jhumpa Lahiri, Salman Rushdie - some more "mutinous" than others. In one of the India books, Naipaul describes an encounter with a man, who, learning that Naipaul is Indian, says something to the effect of, "Boy, you people are everywhere."

And for this, how lucky we are. Perhaps this is the sole consolation of colonization, that so many colonized peoples learned English, thus enabling them to tell the story of India - and of Asia - and of its offshoots - to the whole world. Certainly even Naipaul could smile at this.

Read Kenneth Champeon's review of Half a Life