Thai Girls and All That 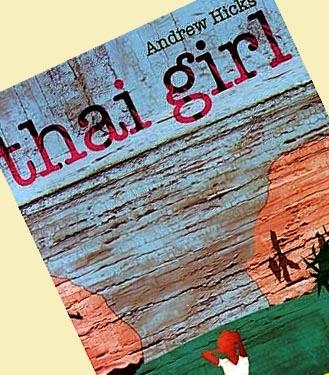 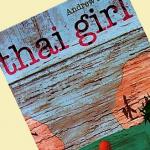 This much at least can be said of Thai Girl, packaged as the "new" novel by to-me-unknown author Andrew Hicks:  the Thai girl in question is not a prostitute, and the English boy who courts her is not a lecher but is earnest if a bit obtuse.  Unfortunately the novel's title is misleading, as the novel is more about Western men in Thailand than about Thai girls, who remain by novel's end as mysterious and (to be frank) as insignificant as they are to most Westerners.  The novel is a deeply sympathetic portrait, but an incomplete and incoherent one, part Beach and part Prince and the Pauper, and it even contains a protracted and thoroughly irrelevant discourse upon American foreign policy post-9/11.

The Thai girl's name is Fon, a common enough nickname meaning "rain".  She is a masseuse, a "good" girl who probably had a bad Thai boyfriend who in turn gave her a son, though she (probably) lies about this to English boy Ben.  Fon works the beach on Ko Samet, and she sends the proceeds to her poor, rice-farming family in Buriram, located in Thailand's poorest region and the source of most of its migrant laborers:  Isaan.

Ben has come to Thailand with his peevish girlfriend Emma, and no sooner are they off the plane than Ben has dragged poor Emma to a Bangkok go-go bar, where with appalling tactlessness Ben becomes a wide-eyed, panting mess.  Ben's transformation is as swift as it is common.  Enter Fon, and soon enough Emma is so disgusted by Ben's adoration of Thai women that she leaves him and scurries off to Chiang Mai, where a foreigner can still be considered respectable.  Ben falls for Fon, and though he will not admit it to himself or her, he wants to sleep with her so badly that he does everything short of clubbing her and dragging her off to a cave.

But Fon is no dummy.  She repeatedly accuses Ben of being a pahk wahn, a flatterer or "sweet mouth", and she knows that if she is seen with him in public she will be scorned.  She also knows that he is probably a transient; he will neither marry her and stay in Thailand nor face the daunting and even impossible task of getting her a visa to England.  Her feelings for him appear to be genuine rather than mercenary; but she's not about to abandon her only livelihood to satisfy his whims.  But neither is Ben prepared to marry a woman whose affection for him is so indeterminate.  Like many Thai girls, Fon expresses her affection in terms of highly variable percentage points, as if Ben had a stock price.  Objectification goes both ways.

Much of the novel concerns the ins-and-outs, so to speak, of sex tourism, and though Ben is subjected to several defenses of the industry he manages to escape Thailand with his opposition to it intact.  But in part thanks to Fon, who resists the world's oldest profession but understands its allure, Ben begins to get an inkling of how significant a role money plays even in "proper" Thai relationships.  Thai men (and Western men for that matter) have more earning potential than Thai women.  So the women need money from the men, and the men need whatever it is they want from the women.  Opposition to this is fine, so long as one is prepared to oppose the commodification of human beings, which needless to say is already quite well advanced (the neologism "human resources" perhaps epitomizes this fact.)  The real problem Westerners have with the whole business is that they romanticize the sexual act, whose sanctity is compromised whenever money comes into play.

The author does a fair job addressing the issues involved but he does so at the risk of reducing his novel to a panel discussion.  The novel has no characters to speak of except Ben and Fon; the rest are mere mouthpieces for this or that stance, whether it concern George W. Bush or the environmental degradation resulting from unchecked tourism.  And when Hicks is not passing the microphone to the latest expert, he is explaining aspects of Thai culture that can be found in any guidebook, and no longer have the capacity to shock.  Thais eat bugs.  They tell you what you want to hear.  That sort of thing.

But the novel is mostly about farang culture, where a farang is that special and unrepresentative breed of Westerner, usually male, who fritters his life away in Thailand by drinking and whoring, traveling and cursing work.  These people are not stupid, nor are all of them moochers; one of Hicks' characters is an American named Chuck, invariably described as "vacant", but who is clever enough to realize that he can do computer work in America until he has enough money to go back to Thailand and actually enjoy his life.  Another explains that there is nothing at all unnatural about life as a beach bum.  To the contrary:  "[Y]ou pick up a book, a bottle of water and sunglasses and you find a deckchair.  You sit on it and read the book.  Get too hot, you walk to the sea and throw yourself in.  Get too hungry, you eat food."  One might add:  "Get too broke, you find work."  Perhaps the only disadvantage to such a life is boredom; the average person desires complications.

One of the more interesting aspects of farang culture that the author addresses is the animosity often obtaining between farang men and women in Thailand; the two groups may be said to inhabit two subcultures all their own.  The women despise the men because the men ignore them, mistreat or idealize Thai women, and drink too much.  The men, on the other hand, see the women consumed by envy of Thai women, an envy they conceal by trying to save Thai women from all manner of male maltreatment.  Each farang gender sees the other as having forgotten how the one should be treated, and so unless the destabilizing presence of Thai women is absent the two groups wage a kind of cold war.  Ben and Emma are more or less cordial (in their snappy, mean-spirited English way) only when they are not in Thailand.

But of Thai women, the novel's cover asks, "is it she who is the victim?"  It's a good, if also melodramatic question, for the fact is that - drum roll, please - sex is power.  Of the two lovebirds Ben and Fon, Ben is clearly the more pathetic, because he fails to realize his real motive in pursuing Fon (impregnating her) and speaks of love instead, whereas Fon knows she just wants a good man who will marry and support her.  Ben's earnestness is his main liability; short of betraying his sexual desires he tells her everything, whereas Fon's every word seems only to confuse Ben further.  Both are vulnerable, but Fon retains a certain dignity that Ben squanders whenever he wonders, openly or to himself, whether Fon is finally going to share his bed.  Had Fon been a prostitute and extracted Ben's money, then he would look even more the fool for falling in love with her; as Pico Iyer wrote in his review of the novel Bangkok 8, Western men too often leave Thailand with a "dull ache" and an "empty wallet".

Thai Girl is one of a rapidly growing genre of books that treat Thai women as if they were some newly discovered species of animal that only the author fully understands, and I suppose this is because Thai girls are among the world's most conspicuous.  One doesn't see books called Slovenian Girl, for example.  Unfortunately most of these books are as sloppily written as this one, as unoriginal, as lamely self-congratulatory (one almost expects the book to carry the headline "THAI GIRL EXPLAINED".)  For example, when Ben and Emma disembark at Don Muang airport in Bangkok, they are astonished to discover that there are "Thai faces everywhere" - just as, I suppose, a recent arrival to Heathrow would find English faces everywhere.  Ben later tells his taxi driver to take them to "the bar area off Sukhumwit Road", which is rather like asking a New York cabbie to go to the theatre on Broadway.  The author makes the interesting decision to call Bangkok's Nana Plaza (a bar area off Sukhumwit road) by the name of Naga Plaza, but still refers to Patpong (a bar area off Silom Road) as Patpong.  Tuk-tuk drivers say things like "two o'crock" and "no probrem".  Once upon a time this was funny.

And it's difficult to tell whether the author's heart is in the right place or not.  The novel is dedicated to Isaan's migrant laborers, and on several occasions a character will defend the Thais against charges of laziness or attribute rampant prostitution to desperate poverty rather than to moral inadequacy.  One suggests that nothing a bar girl does is voluntary - a rebuttal of the commonly held belief that many are bar girls by choice, but it begs the question whether anything anyone, anywhere, does is voluntary.  The problem with almost any book dealing with Thailand's olive underbelly is that the author must get some enjoyment out of its contours in order to stay there long enough to understand it, and in that case he can't then pronounce it a tragedy.  There are one too many chuckles in this book over some of the more ridiculous sexual phenomena to be observed in places like "Naga" Plaza, and one soon tires of authors believing themselves to be the first to witness them and thereby enlighten an innocent world.  Girls "gyrating mindlessly around chromium poles", as the author puts it, are not news, yet the phrase appears on the book's first page.

Still, the author has done his homework regarding some of the more mystifying - to a Westerner - aspects of the "Thai personality", such as it is.  Thais can be, as one character Samantha puts it, "totally offhand", to which an Australian replies, "You mustn't demand or complain...and don't ever expect an apology from a Thai."  Or, as a mentor of mine once put it, in Thailand you are always wrong and the Thais are always right.  The Australian goes on to say:  "It can be frustrating, but it's better than confrontation, American-style."  As an American I of course disagree.  But then America is a cultural anomaly.

Ultimately the main problem with Thai Girl is that the Thai girls to whom the author has access are likely to come from the lower classes, because few Thai girls from the higher classes would have much reason to interact with a Westerner with such an intimate knowledge of Naga Plaza.  The misrepresentations will no doubt continue, however, and the world will therefore continue to believe that Thai girls are lined up on the beaches and in the bars, waiting for their White Knight in Shining Armor, when most of them are probably wondering what the Westerners think they are doing here in the first place.

Also mentioned: The Beach; The Prince and the Pauper.